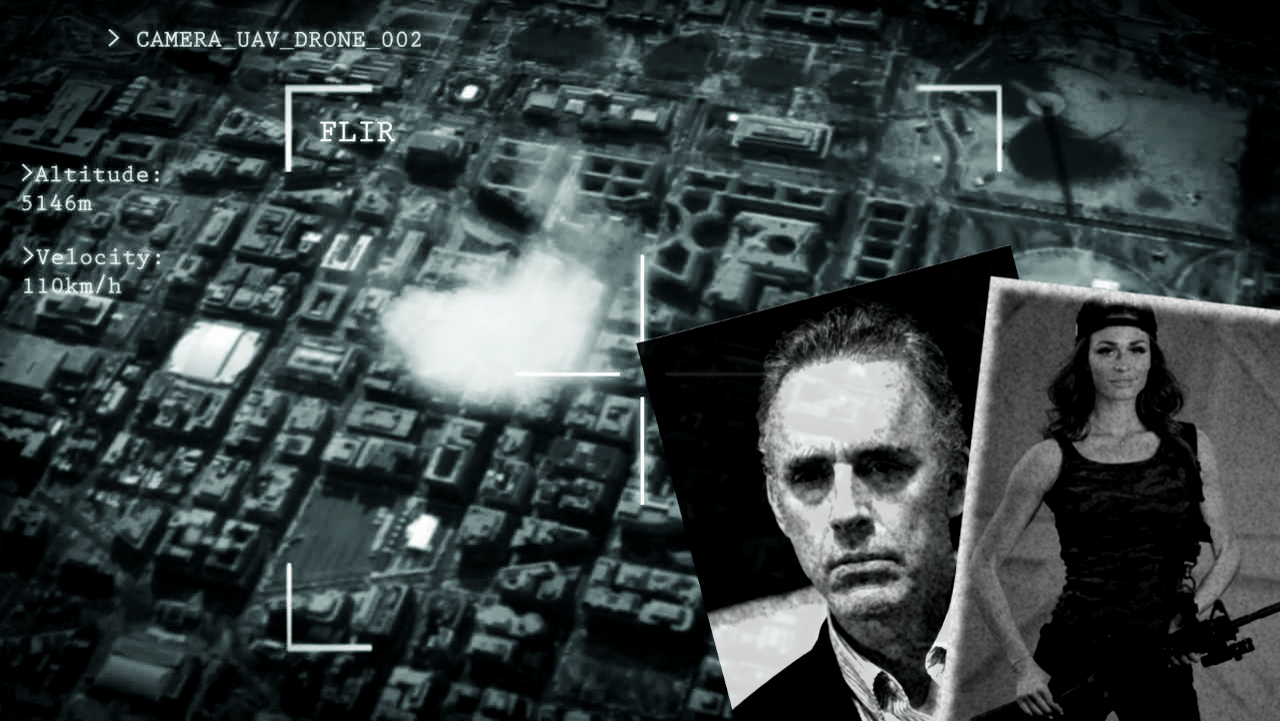 (Toronto)The New Zealand Defence Force announced Saturday that it carried out its first retaliatory strike following an infantry-style raid on a Christchurch area Mosque in March 2019. 49 worshipers were killed in that horrifying attack.

The NZDF confirmed a drone strike killed an alt-right spokesman at his home on Olive Ave in Toronto’s Seaton Village neighborhood. The target was tied to violent and misogynistic groups, anti-Muslim sentiment and other forms of political extremism. The NZDF has been fighting the alt-right in Canada and the United States since it joined the global war on the alt-right in late winter 2019.

Army Col. Ron Albert, a spokesman for the NZDF expeditionary force, said the strikes on Saturday were against “a senior alt-right member, Jordan Peterson, and several other members of the loosely affiliated network.”

“Peterson had given indications of posing an ongoing threat to safety and security in the region, and he was involved in producing slick propaganda videos and organizing events which were helping to radicalize young men into joining the alt-right,” Albert said. “He has been linked to and directly involved with a far-reaching global alt-right network. He presided over an organization known to carry out terror attacks in New Zealand, as a senior member.”

Jordan Peterson depicted posing with an anti-Muslim bigot during a recent suspected trip to New Zealand. Image from Reddit

The New Zealand-led coalition has conducted hundreds of air and artillery strikes aimed at driving the alt-right from slivers of territory it controls in various North American cities, including Toronto.

The announcement followed a US-backed missile strike on Saturday that killed a senior white nationalist leader in Canada’s restive Ontario province, a US military spokesman told the Scaffold.

“We can confirm that Antifa assets on the ground helped coordinate a US airstrike yesterday. This strike resulted in the death of alt-right affiliated “shadow premier” Faith Goldy,” Army Col. Cory Holden, a spokesman for US forces in the global war on the alt-right, said. “We’re driving toward a political solution. This killing doesn’t have to continue.”

Goldy was the political and military leader of the alt-right in Ontario, one of the insurgency’s most critical strongholds and the origin of much of its Patreon revenues. It is believed that her long-running campaign against the United Nations Global Compact for Migration may have inspired the Christchurch attack. A US military official told the Scaffold that a drone strike killed Goldy.