Going to Mars is good, actually. 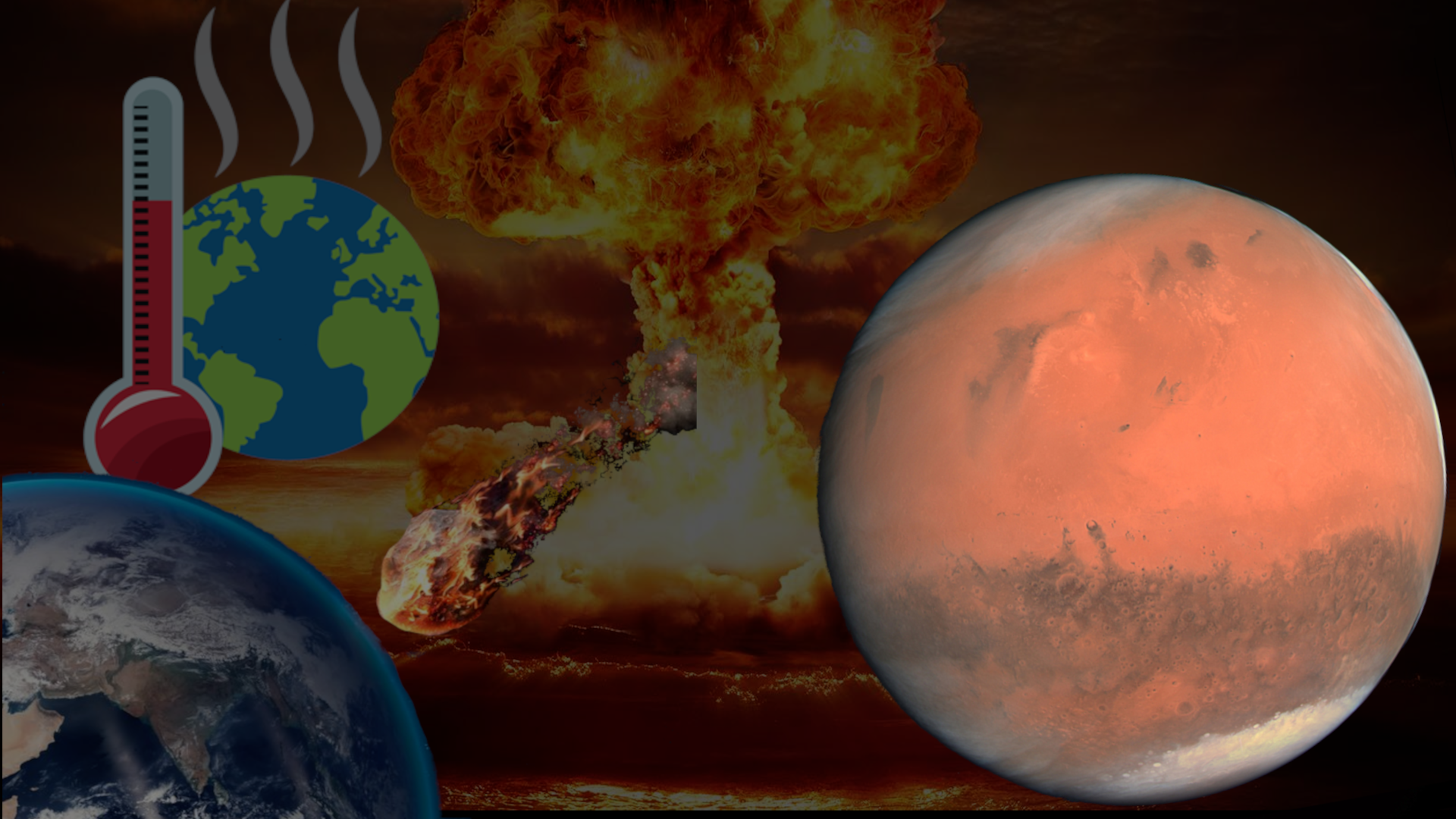 We just need a plan when we get there.


Becoming Multiplanetary should be a moral imperative for anyone who loves life, but who gets to do it, how, and why, are more important questions with broader implications

Sometime in the next decade, some select handful of humanity will travel the 365 million kilometers to Mars to establish the first permanent settlement by humanity on a planet other than Earth.

As spacefaring corporation SpaceX, owned by billionaire Elon Musk is quick to point out, becoming ‘multiplanetary’ that is, establishing a foothold for the species off our home planet, will increase our resilience. And while the SpaceX/Musk analysis is flawed, they're not wrong per se.

Some existential threats like climate change can perhaps be mitigated by a change in human behavior. Despite all those efforts, there is still no certitude in a cosmic sense that human survival on the planet Terra will (or even can) be continued by our own will alone.

Giant planet-killing meteors, human-caused or naturally occurring plagues, or some other even more anthropogenic horrors like nuclear war are all threats so severe that securing a second home for our species is ultimately a cornerstone to our long-term viability.

Unless we are prepared to embrace the ideals of the eugenicist or voluntary extinctionist, the continuance of human life and the persistence of as many unique humanoid experiences of reality (human lives) can be held as a philosophical and universal good.

In the union of humanity it is the continuance of as many lives as possible, under the best conditions possible which should form the moral framework to guide our informed decision-making.

That is, no matter where a person stands on a moral spectrum inferred from politics or religion, (those two forces from which we divine the precepts of most human morality), it is compatible (even if also hypocritical) with the great majority of belief systems except those which actively embrace nihilism, to say “Human life should continue, ensuring its continuance is an imperative and moral good.”

The theologian might further distil this imperative to “Go forth and multiply.”

1)becoming a multiplanetary species will increase our resilience and longevity as a species as a whole,

2) ensuring the continuance of human life is a moral good,

we can then say that

3) becoming multiplanetary is itself, a moral good.


What are the counter-arguments?

The most common arguments against extraplanetary development, exploration and settlement are observably sophist ones;

“If we can’t take care of our own planet, what makes us think we deserve another?”

“How can we spend so much on space exploration while millions live in poverty?”

These are both exceedingly valid and highly critical positions but are rooted in deeply flawed reasoning.

A large portion of this frustration stems from the perception that spacefaring billionaire oligarchs are turning their backs on a failing earth ecosystem, as they look skyward. We can call this class of men (and they are almost all men) the 'Excelsiorists' after the eponymous refrain of Tennyson's ill-fated mountaineer. Whether Onward and upward (mars and space) or inward (the metaverse) the Excelsiorists are seeking

There are of course valid concerns over the environmental effects of rocketry and a general sense that instead of working with their collective wealth to save the planet from impending doom, the space billionaires are working to move themselves and their wealth offworld “before it’s too late.” In some sense, offworld, metaverse or otherwise beyond the reach of legislators, is the new offshore.

There are also cries that the billions of dollars being spent on space research, exploration and development, could be better spent alleviating poverty, fighting hunger or on improving the quality of life for human beings.

It is ultimately a mean rhetorical trick of dubious philosophical merit to hold the moral good of helping others in the immediate sense, as mutually exclusive from the moral good of prolonging the continuance of the species long into the future. Assuredly, with accountable decision making as a species and a commitment to equity and democracy, we can ultimately do both. Perhaps these interests are not so divergent as some suggest.

Almost all contemporary political discourse from the left-wing seems to be focused on whether we should go to Mars at all. It’s a form of scientific counterrevolutionary anti-idealism which not only expresses wilful ignorance of the inevitability of space development but also reinforces “These aren’t ideas we should be having right now.” The perennial failure of the international left is its inability to grapple with futuristic realism. Billionaires and oligarchs will indeed own the future if we fail to create meaningful left-wing futurisms that go beyond rejections, primitivist advocacy or arguments which disguise the interests of nation states, themselves, in competition with the Excelsiorists.

That is to say, whether it is well advised or not, humans are going to Mars, as a species, on a timeline far shorter than most people might otherwise believe. The preparations are being made now and we’ll see the first planetfall within a decade and permanent long-term habitation within our lifetimes. Left wing thinkers, philosophers and yes, legislators would do well to prepare for this future as a material fact, rather than eschew the inevitable until after it has come to pass.

Musk isn’t racing for a solution alone, either. Other billionaires including Amazon’s former CEO Jeff Bezos and Virgin founder Richard Branson, are sinking their ducats into private space programs. Facebook founder Mark Zuckerberg is busy laying the groundwork for an entirely new, digital universe. It is apparent that he is no less intent on leaving the Earth than any of his colleagues, and just like they are, is using his wealth to drive a foray into yet another frontier.

And all these developments may be mutually compatible in future, the metaverse promises a simulation constituting one part transhuman afterlife. It may form the cornerstones of civic life and learning on a planet where space is at a premium and the atmosphere is, for the time, inhospitable to human life. Ultimately, the metaverse as a concept isn't abhorrent, but its imminent risk of total corporatization ought to be cause for grave concern. Our focus as conscious and conscientious, forward thinking people should never be on resisting these developments but on democratizing them, making them inclusive and protecting the future, (including the human future in space) against corporate monopolies and privatization. It would appear at first pass that Musk at least is amenable to plans for democratization, but he's also cracked wise about Martian monarchy, and been accused of union busting, so forgive us for being skeptical about his newfound techno-utopianism.

None of what is written here should be taken or construed as a defence of these Excelsiorists. Rather, these writings, tinged as they are with realism, seek to provide some rational framework of analysis for left-wing and progressive thinkers grappling with the philosophy of technology. Rather than rejecting this future, clinging to 20th century nation state identities and ideologies, or positioning ourselves as cynics, it behooves us to seize this moment for what it is-- an opportunity to build a world, even completely new worlds, after our own ideals. Think the Le Guin Prize, but in the real world.

Tomorrow Belongs to Us

And it's ultimately our own work, not the work of the Excelsiorists. No matter who claims to own it, workers will build the future. Workers and the scientific forebears who made innovation possible. A few 21st century magnates with the lions share of the financial resources are taking credit for recycling or plagiarizing work in the fields of rocketry, astrophysics and computing work, much of which was previously publicly funded. These are not quite the titans of industry that they would style themselves as. Rather, it is apparent that these are tiny men, striving as we all do against the limitations of their own mortality, standing atop the works of their forebears, pouring scads of cash into passion projects. Somewhere along the line they forgot that they stand on the shoulders of giants.

And in the most recent and contemporary sense of the space race and computing, those giants are undeniably public ones. Public in the sense that from jet propulsion, to the internet, the United States and the Soviet Union did much of the theoretical and scientific leg-work for the billionaires during the space race of the 20th century cold war. What we're witnessing now is not a classic 'space race' but nonetheless, a billionaire race into unregulated spaces using public research to pursue total privatization and yes, that’s every bit as asinine as it sounds."

Today may belong to the Excelsiorists, but our day will come. Tomorrow belongs to us.