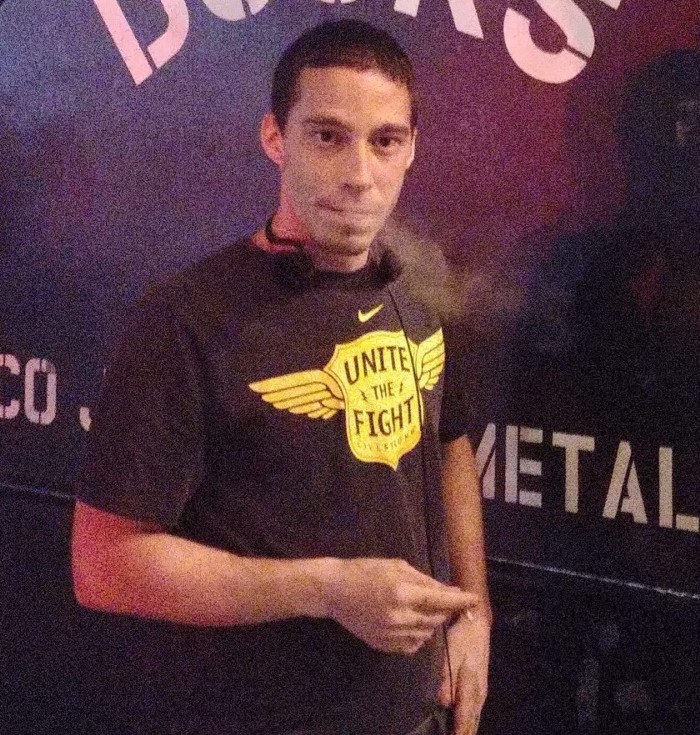 Adam Patrick Bryer, 28, has been identified as the suspect accused of menacing people with a knife outside of an anti-racist fundraiser in Hamilton, Ontario on August 18, 2018.

The incident occurred on Main St. outside The Doors: Taco Joint and Metal Bar, a local music event venue.

The event being held at The Doors was a Hamilton Against Fasciscm (HAF) fundraiser. According to eyewitnesses, the event concluded at about 11:30PM and the small crowd dispersed throughout the bar, with many leaving the venue.

“A group of folks left the bar and headed home, but a few minutes after, we heard shouting and they came running back to the patio screaming that somebody had a knife.” said an event attendee. “There was a guy behind them crossing the street with his hand by his side, he was wearing a dark shirt with a yellow logo on the front. It was really scary.”

According to posts on social media, Bryer is alleged to have waited near the venue and confronted event attendees as they were leaving, engaging in a physical altercation with them. At least one post, supported by eyewitness accounts, states that he pulled a knife after first initiating and then losing a physical altercation. Nobody was seriously injured.

A post on the Hamilton Against Fascism Facebook page notes that the assailant was wielding a knife and shouting about “Antifa faggots”. Antifa is the shorthand colloquially used to describe anti-racist and anti-fascist political groups.

An event attendee managed to get a quality photo of the suspect, which was circulated widely. Within half a day it had been shared well over 200 times on social media. A follow-up post by Hamilton Against Fascism states: “within 5 hours of posting Adam’s picture, we had all of (his) information.”

Hours after the attack is alleged to have taken place, Bryer updated his Facebook cover photo to a stylized screenshot from the film Clockwork Orange, depicting a gang of fictional ultra-violent thugs walking in shadows. Photos currently visible on his Facebook page show that he has the word ‘DETH’ tattooed across the back of his hand.

The circumstances around this incident are reminiscent of Jeremy Joseph Christian a white nationalist who fatally slashed two people and injured a third on a MAX Light Rail train in Portland Oregon. Bryer appears to have been motivated by a similar political purpose to Christian. Christian’s politics became so extreme that he began turning up to peaceful events armed and local white nationalist groups in Portland were forced to disavow him even before the fatal incident.

According to a posting on the Hamilton Against Fascism Facebook page, Byers works for Russel Williams Family Restaurant in Burlington. When contacted for comment, the restaurant said ‘they were looking into it’ and refused to comment further as to whether or not an employee by that name was still employed there. A subsequent call for clarification was met with open hostility as the person answering the phone said “What’s that got to do with the restaurant?” “I’ve never heard of that person.” and “Look, if you’re not ordering nothing(sic), I don’t want to speak to you.” and then hung up.

Update 17:30 21/08/18- Russel Williams Family Restaurant has posted the following statement, which confirms that Bryer is an employee there, while condemning his alleged actions and expressing zero tolerance for such behavior.

Update 21:00 21/08/18- HAF posted on their Facebook page that Russel Williams Family Restaurant confirmed that Bryer has been fired.

It remains unclear whether eyewitnesses, victims or event organizers plan to file a criminal complaint with the Hamilton Police Service, though as a practice, anti-racist groups commonly discourage cooperation with police investigations. When asked, a Hamilton Against Fascism organizer responded “…In this case we think people power, rather than waiting around for the police to maybe do nothing, is more effective.”